Students at Bexley Grammar School have been learning about the Holocaust this week in line with Holocaust Memorial Day on January 27th. January 27th 1945 was the date that the biggest Nazi concentration camp, Auschwitz-Birkenau, was liberated by Russian troops, bringing to an end the systematic murder of Jewish, Gypsy, LGBT and other people in that part of Poland. The Holocaust claimed the lives of over 6 million people and affected millions more. Students have been learning about the stories of some of the individuals who were affected by the Holocaust in their English, FBCS and History lessons and some of their work is shared below.

Thanks to all the staff who enabled this and delivered the material to students. Thank you to all of the students who participated and contributed their ideas.

Gena was only 16 when her house was bombed at the beginning of the war, which meant she then had to move to a ghetto where some of her family were shot. When they were found they were forced to constantly move from one camp to another until she was finally liberated in 1945, with only her Mother left as her remaining living family.

We need to remember these stories, so it reminds us of this despicable crime and not to do it again. Gena helps us remember that not only adults, but children who were brought up in Judaism were taken to concentration camps too, and that genocide is a despicable crime which should never happen in large or small numbers ever again. From her experiences she has written a book “I light a candle”. 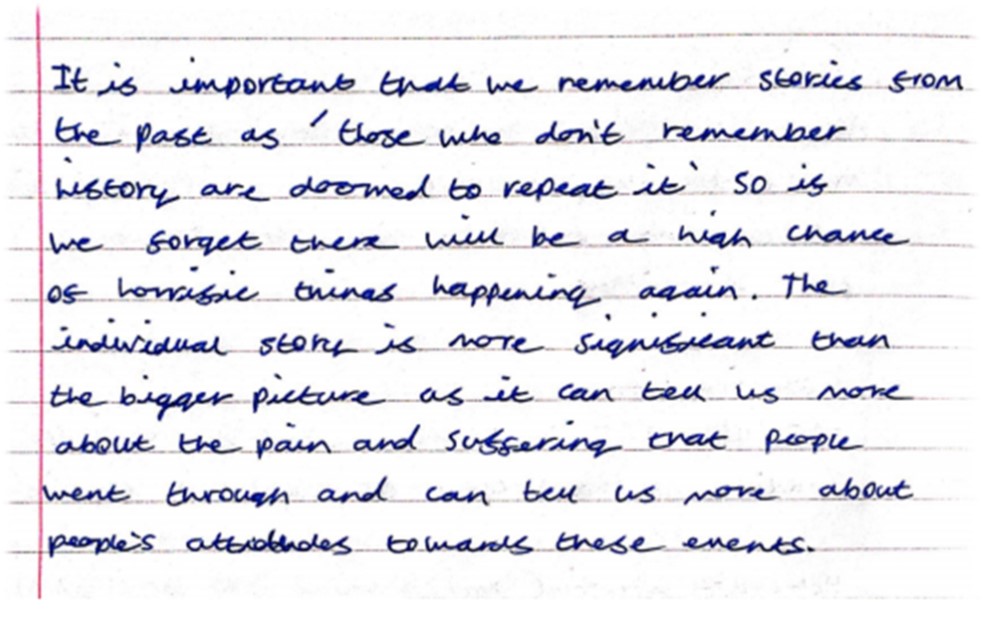 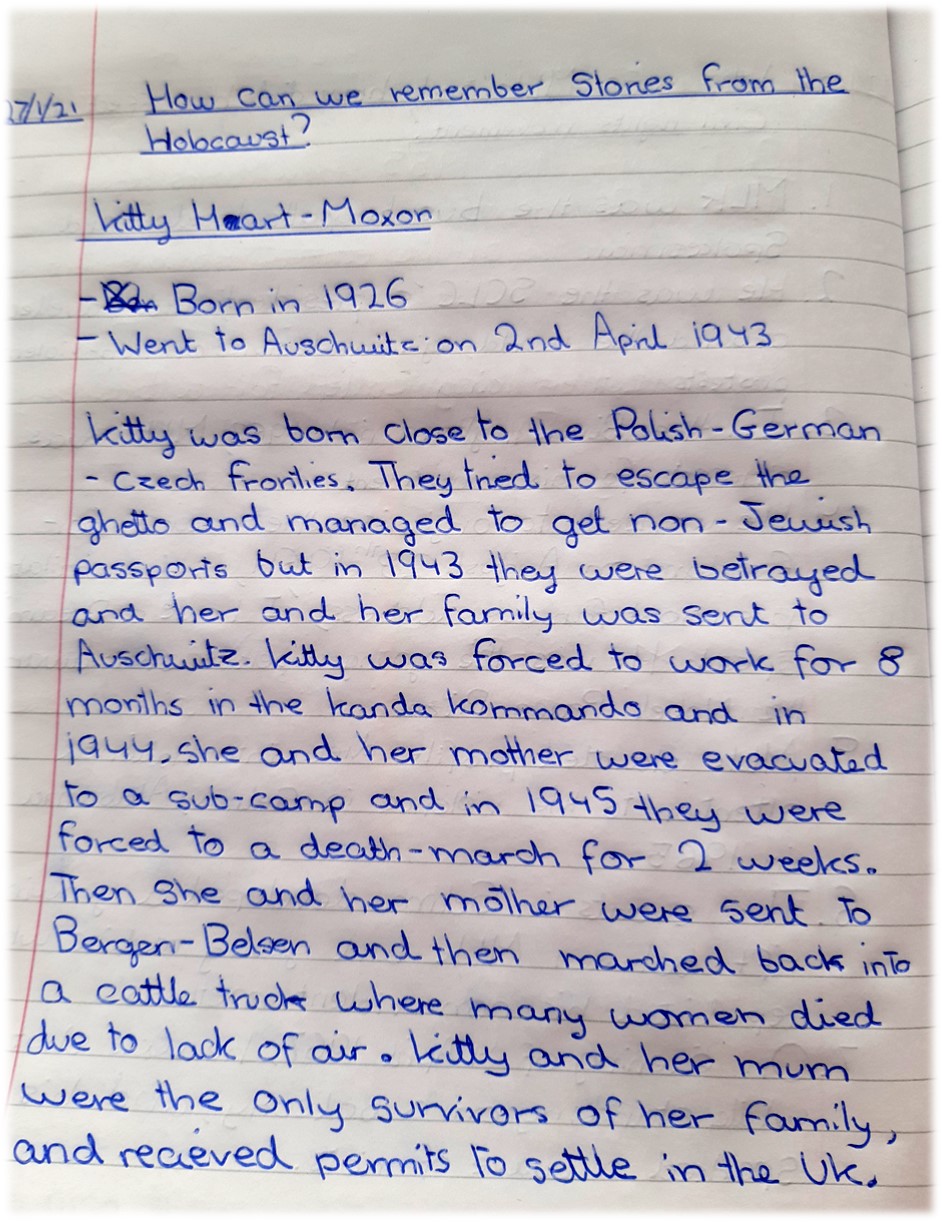 Reine Inow
Born: 1929 in Germany
Lived with: her mother, her father, her brother and her sister 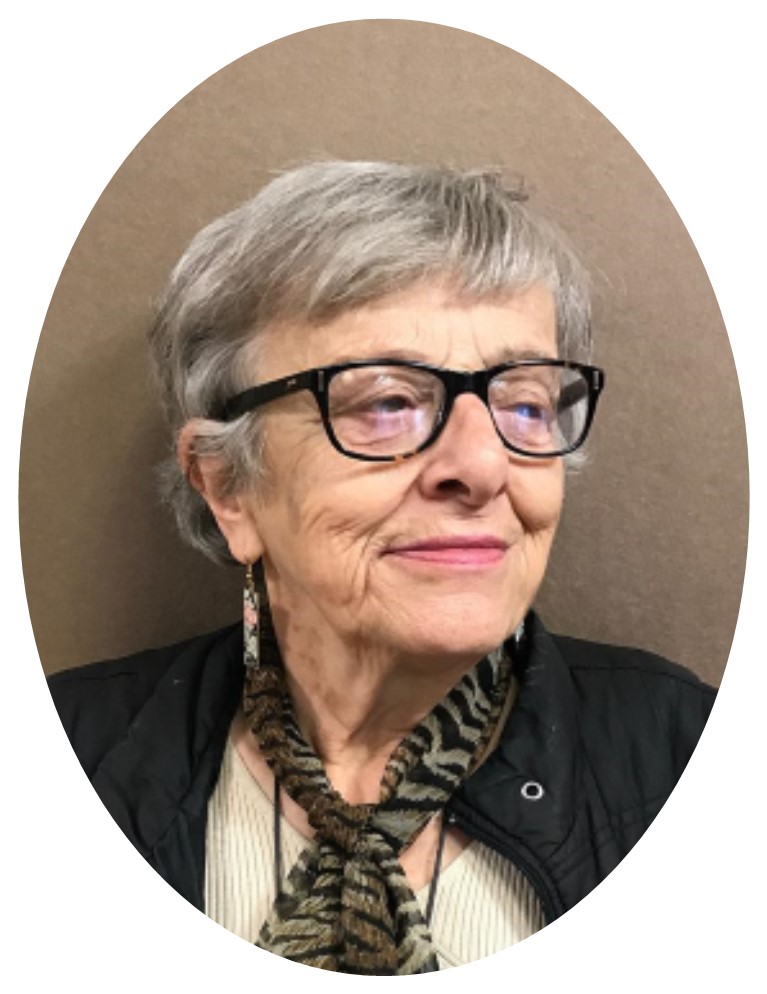 Reine Inow was born in Germany and was a Jew. When she was 10 years old, her brother was taken to a concentration camp and she was sent away to Britain by the Kinder transport - a programme that helped children escape Germany to find a safer place to live. She arrived in England and stayed with her aunt. Reine managed to escape the holocaust, however, her parents sadly did not. She still lives in England and has ever since.

It’s important that Reine’s story is remembered because it helps us remember that not all Jews were killed in the Holocaust and that everyone can find hope in anything. 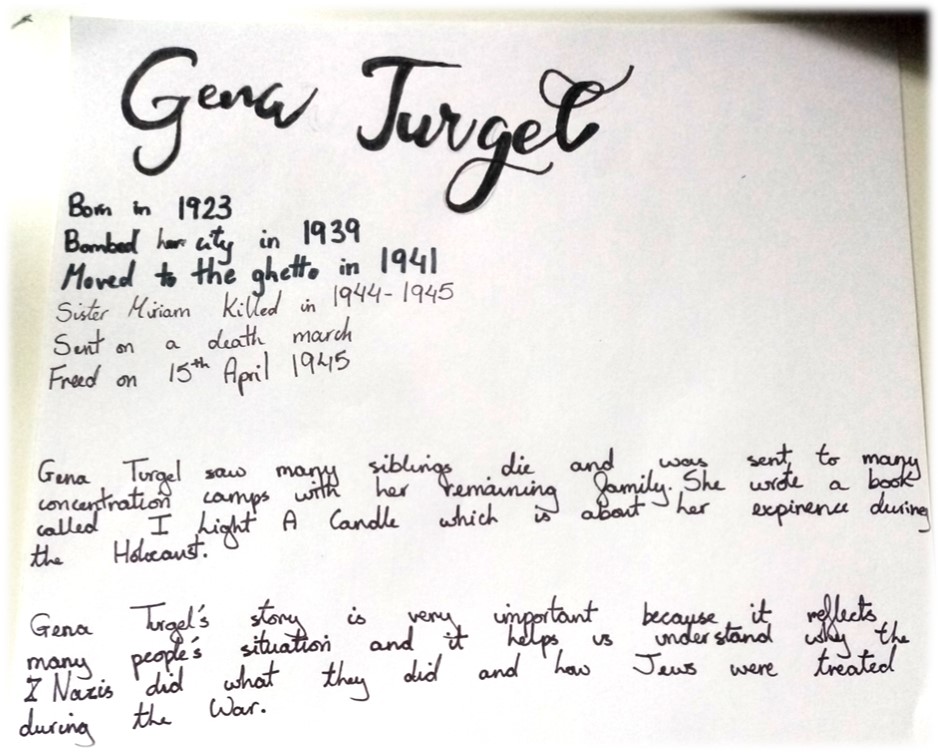 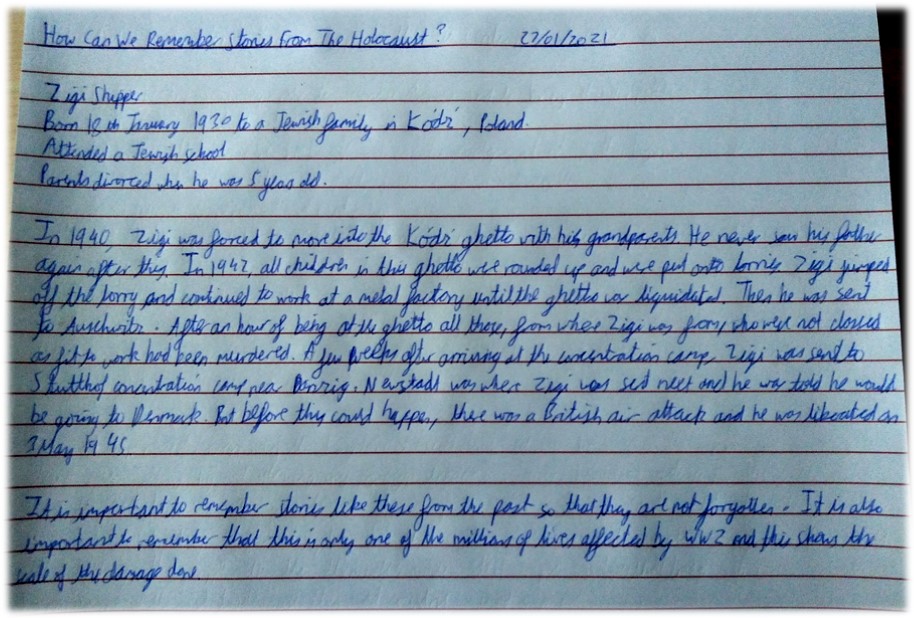 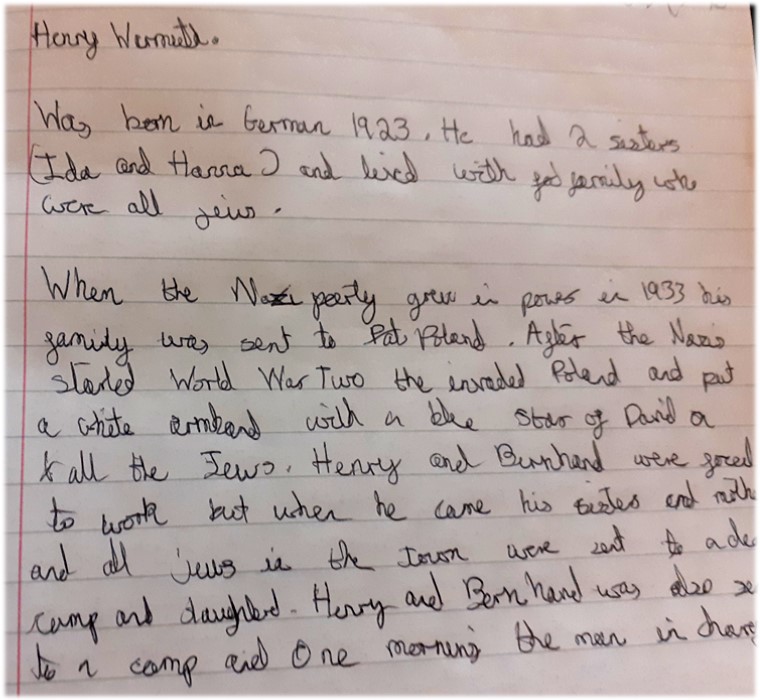