From the faded hues of her past, to the electric present and palpable future, Sarah Lasoye’s writing explores the boundaries of memories and experience through abstract and narrative poems without losing touch with the values that we should all hold dear.

The fantastic poet and alumna of Bexley Grammar came on Thursday 23rd of September to read and discuss poems from her debut collection of poems (“Fovea / Ages Ago''), which depict a timeline of her young life and the transition into adulthood through abstract and narrative stories in which she appears as vulnerable to the reader as possible. The sharing of inquisitive and personal contemplations on her childhood and growth as a person would remain a recurring theme throughout the first few poems where she starts the book discussing her impulsive need of lying to which she reflects on today as being a stairwell to discovering her true identity and comically saying it served as a mask hiding her evil spirit of being a child. After reciting a brief assembly of poems from her own book, Sarah Lasoye shared her experiences of talking to prosperous poets and how their guidance has had a tremendous impact on the way she fabricates poems nowadays.

She spoke of how she writes her poems, almost the opposite of the typical, solitary occupation that we often associate with writing; Lasoye revels in the inspiration of being in a communal space, taking in the mood and the atmosphere, always sourcing ideas from the urban environment around her. This is integral to her as a person, informing her view of the world and thus influencing her writing, leading to a wild array of poems covering each part of life and the limitless boundaries of our recollection in her chapbook.

Do you feel it is important, when writing, to have the audience at the front of your mind?

Yes and no.  Sarah wanted to convey that the key idea when writing is not all the people who read your work will love it, in fact, some of them will hate it.  But she didn’t feel that this negative feedback was as important as we might think it to be; if you love writing and feel that it is your true purpose, no amount of cynical opinions can sway you from your true audience. And for Sarah, these are her close friends.

Given that you take great inspiration from public spaces, how did the lockdown affect your writing?

In isolation Sarah still met up with her friends over zoom, working together and reading and reviewing each other's work, so she still had that feeling of community to fuel her writing. This method of support was something that they had done before lockdown, retaining a sense of normality, but it helped her to tailor her work to an audience of like-minded people. Sometimes they gave back constructive criticism, that Sarah could then decide whether or not to take on board; she feels that there are some essential concepts in her writing that no amount of criticism could bring her to remove them.

Lasoye also addressed how finally being able to call herself a poet was a great mental milestone and wished she would've done so earlier, as many young aspiring poets and general people give up their dream of writing because they mistake the word to be of immense worth in the literal community (which it can be) and them not being worthy enough to attribute it to themselves, when in reality anyone can call themselves a poet and write literary pieces with just pen and paper, leaving readers to think that maybe her collection of poems could also serve as a symbol of inspiration to others who may think that they’re not good enough to write because they aren’t entitled poets or have a profession in such department. Sarah Lasoye talked about how she herself wasn’t even close to a career path related to poetry in school, as she graduated with a biomedical science degree from university, clearly surpassing the social misunderstanding and going on to become a published artist with poems she would write in her spare time.

Finally, she showed the crowd some poems from her also published friends which were more “anarchist” and “wild” (as described by the poet herself!).

This makes her writing what it is, a gloriously abstract amalgamation that speaks true to who she is: a wonderful poet and a truly inspiring, charismatic individual.

Thank you to Mrs Quinton for arranging this fascinating poetry reading and Q & A session. 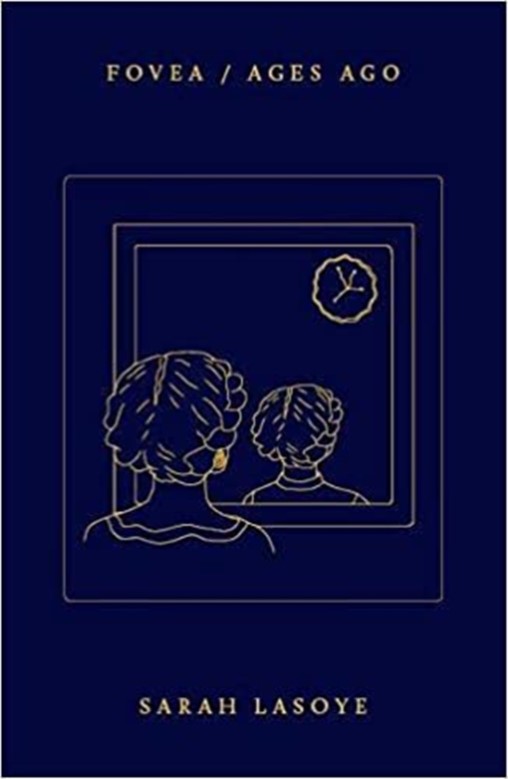