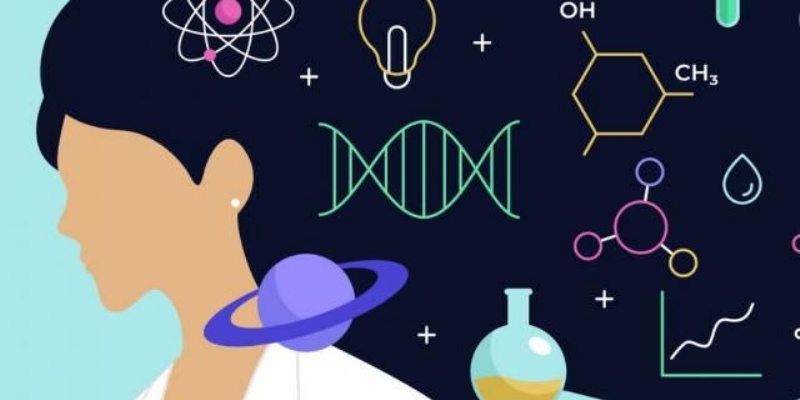 Technically, I am a woman in STEM. I take higher-level physics and maths. I took these subjects because I loved them at GCSE. I hope to study physics at university and work in this sector too.

First of all, what is STEM? STEM stands for Science, Technology, Engineering and Mathematics. STEM plays a crucial role in our everyday lives from machines to medicine, farming to industries, phones to rockets and much more as our society is becoming ever more reliant on technology and innovation. Not only that, but there are so many issues in the world such as food insecurity, water scarcity, child trafficking and loss of biodiversity to name a few. These are problems affecting humanity but could be solved or eased with the work of STEM. Ultimately, STEM is important and we need more people in STEM. But what about women? Why do we need more women in STEM?

Firstly, there is a significant gender gap: according to the UN 30% of all female students select STEM-related fields in higher education and only 28% of researchers worldwide are women. Even in my physics class, there are 2 girls and 12 boys. But why is this the case? You could argue it’s because of a lack of female role models, or because women are discouraged from doing STEM, or maybe other reasons. But personally, I don’t think that’s the case.

To start off with, why do we need female role models? Generally, a role model is someone who is currently doing what you want to do in the future and the whole point of them is that they inspire you to pursue your interests. Not that every part of their identity matches yours. It’s very possible for a woman to go into STEM with a male role model. I personally don’t even have a role model, I just chose to do physics because I enjoyed it, not because I looked up to somebody else. I am a woman and I study physics but these two parts of my identity are separate from each other.

I don’t believe women are discouraged from doing STEM- quite the opposite actually. There are many programs that specifically help women wanting to go into STEM. I know In one of my physics classrooms there is a little poster that says “girls in physics” with the names of former female physics students and I remember an ECM day where we researched specifically female scientists from the past in one of the lessons. The fact that I am writing this clearly shows that there is a dialogue about women in STEM and a push for more women in STEM.

I cannot speak on behalf of all women but I have never been discouraged from going into STEM, nobody had told me I can’t do physics or maths for IB or made me feel bad for wanting to pursue a future in STEM because of my gender.

I believe that, in the western world at least, we have made massive strides in gender equality and for women wanting to pursue STEM there is nothing holding them back and we generally have the same opportunities as men with negligible differences. Men and women are very different, it’s not a bad thing but its something we have to realise. When you give the same opportunities to different people you can’t expect the same outcome. To ask for an equal split is unreasonable. The only way to do that would be to manipulate the opportunities people get. This is not fair and doesn’t give the two genders an even playing field - something we have been trying to achieve for generations. This is why I don’t believe we need to push more women into STEM: because I am an advocate for equality of opportunity, not equality of outcome.

We shouldn’t push specifically women into STEM but we shouldn’t discourage them either. At the end of the day, gender is an arbitrary factor in how well someone can do their job. Why should we care if the people making our medicines are women? Or if the people programming our websites or building our bridges are women? All we should care about is that they did their job well, not that they were a man or woman.

I understand that pushing for more women in STEM is a well-intentioned attempt at gender equality but quite frankly it is counterproductive and patronising as it perpetuates the idea that women are helpless and unable to get by on our own terms.

At the end of the day, this discussion is about gender equality and the only way to go about it is to understand what is happening, see what is working and what is not. While pushing for more women in STEM was done with goodwill, it simply isn’t helping to solve the underlying issue of gender inequality.