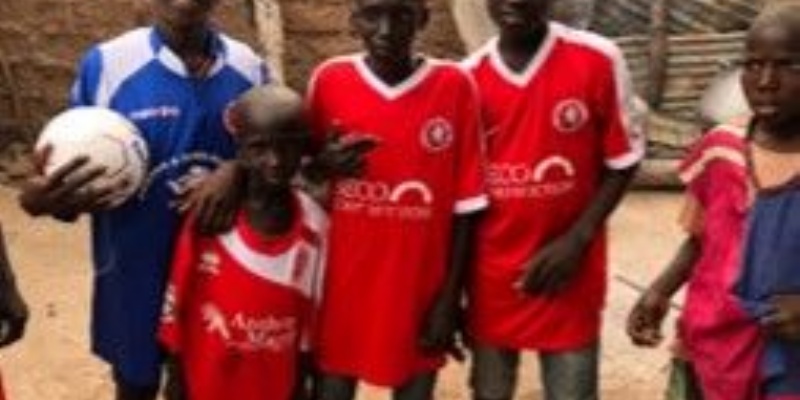 Year 13 have been involved in a total of 1783 various projects and experiences!

With their exams fast approaching, the Year 13 IB students recently finalised their CAS portfolios for moderation. The outstanding activities and projects carried out are reflected in their ManageBac accounts, which we have had the pleasure of reading.

Once again, our students have supported local hospitals, youth groups such as Beavers, Brownies, Scouts and Rainbows. They have fund-raised for various causes: Bexley Rotary Club, King’s College Hospital, Demelza House and Cancer Research are just a few of the charities which have benefitted from our students’ volunteering. The Mark Evison Foundation is a project a handful of our students were involved with this year and saw them conquering fantastic challenges; one group walked Hadrian’s Wall, and another group cycled to Paris raising money for the foundation as they went. Bexley’s Library Summer Reading Challenge again saw our students dedicate a part of their holiday to encourage younger children in the borough to read throughout the summer holiday.

Below are just some of the other fabulous projects our students have been involved with over the past 18 months:

Volunteering at a Charity Café

Volunteering in an Elephant Sanctuary

The IB aims to create ‘the all-round’ student and one that can reflect fully. Over the coming weeks we will be featuring some examples of the amazing experiences and projects the Year 13 have been involved in and their reflections on their involvement:

Water Project in The Gambia

My family and I wanted to fund a bespoke charitable project which we could be solely responsible for, so we researched a project we could get involved in. We wanted to help people in need in the best way possible, ensuring that any money that we raised went directly to the people, and not to the salaries of the charity workers in London offices. We intended to find a charity which would allow us to fund a bespoke project that made a real difference, and maybe in the end travel out to the country to see in action who we had helped and in what way.

The first thing that we had to organise was which charity we would work with to create and fund our bespoke project. We decided that it would be amazing if we could fund a project which provided a specific village with water, and if we could be responsible for it. After contacting multiple charities such as Save the Children, we were given incredibly high numbers, upwards of £200,000 to fund the project, which was far too high for us to be able to manage. However, finally my father found a charity called Water for Africa. Water for Africa was a charity set up by businessmen in England to fund water projects in The Gambia. They do not receive any money and are not paid salaries by the charity, and therefore all the money donated to the charity goes straight to the people who need it. This charity gave a more realistic number, just over £10,000. This was solely funding the equipment and installation of a solar powered water pump which provides clean water on tap sustainably for the people of the village.

The monies we raised would be paying for a borehole to be drilled in the village down to water sources under the ground, and solar powered generators would then draw up the water into tanks held above ground. Then the water can be accessible to all the people of the village on demand.

After successfully raising the required sum, we made the payment to the charity, who then began the process of sorting out the payments for the project. We had wanted to visit the people we were helping from the outset, and after contacting and discussing this as a possibility with the members of the charity it was planned. At my father’s expense, we (my two brothers, my father and I) flew to Banjul the capital of The Gambia, for three days. One full day was spent in The Gambia, where we met with a Gambian associate, who we later found out was actively involved in the drilling of the borehole. He was to be our guide for the time we were there.

Before we went, we packed bags full of things to donate to the people we would meet: clothing, school supplies and footballs. Some were donated by others, and we even received football kits from Welling United.

Our guide took us to the hotel we would be staying in on the coast, as there is a small tourist industry in the country. The drive there was an experience in itself, and we saw instantly a different world from that in Europe. The poverty was immediate, with people in the streets and vendors in dirty conditions selling all kinds of produce. When we arrived at the resort, we were staying in, it was a different world. An oasis of tranquillity and luxury surrounded by a different way of living. At first I felt guilty for being there, but my father reminded me that this tourist industry has provided incomes for many of the native people, as well as contributing to the economy.

Gambia is a relatively safe country, and violence towards tourists is not a problem, so after we settled in we went out of the resort to find somewhere to buy bottled water. We walked down the street behind the resort, which was bustling with activity from a multitude of bars and restaurants. The street was filled with people advertising their bars, trying to get people to come in, especially tourists. We were targeted quickly, and at first it was intimidating, however, after actually speaking to the people who spoke to us everybody was friendly and welcoming to their country.

Straightaway the kindness of the strangers was apparent, ironically, something which contrasted from the people of the western world.

On the second day, we drove away from the coastal areas into the rural regions, where we visited the villages. The first village, Dobong, we visited was the village we were funding a pump to be installed into, so we were anxious to meet the people. When we arrived, we saw a different way of living; simplistic and purely agricultural, the people living there led a completely different lifestyle. We visited the hand pump and well that were the sources of water for the village. They were in horrible condition, and it was good to see that the pump would make a real difference to the people there. At this village, we were invited into a meeting of the village elders, where through our guide and translator we spoke about the needs of the village and how we could help. We then distributed what we had brought to help the villagers, which they happily received with great gratitude. We then visited a village which had had the pump and system installed already, and the difference in atmosphere and the health of the villagers was immediately apparent.

It was heart-warming to see what a difference our funding would make.

Finally, we visited a third village which also needed a pump. Despite all the residents living in impoverished conditions, they were incredibly happy and friendly. This third village was one that we were hoping to be able to fund in the future, and with our extravagant Christmas Lights we have managed to raise almost £11,000 to fund this second village to have water. We gave the majority of our items to the people of this village, who were more in need.

The whole experience has been incredible. Seeing what is genuinely another world was shocking and incredibly educational, and has genuinely made me far more aware of the issues within the world today. I want to go back, and we intend to once the project is over and the water is installed, which will be later in 2019. I cannot wait to see what a difference that what we did can make to people's lives.