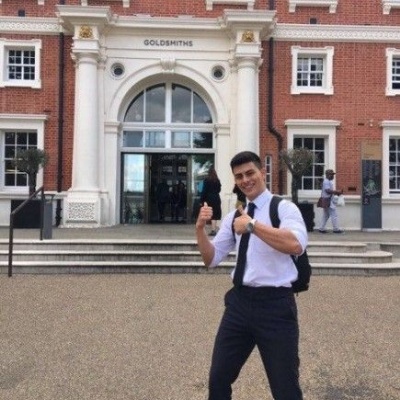 On Wednesday 24th May, 11 IB Psychology students attended a lecture hosted by Goldsmiths University in Lewisham on the topic of ‘Magic, Lies and Deception’.

Magic is one of the oldest art forms, and for thousands of years,magicians have amazed people with their astonishing illusions. We discovered, from demonstrations by a member of the Magic Circle himself, that magicians have developed very clever psychological tricks that exploit limitations in our cognition, as we perceive less than we think we do, and that which we do perceive can be unreliable.

One prime example of how we were deceived by these illusions and ‘magic’ tricks were through misdirection of our attention; visual and auditory distractions e.g. snapping fingers, averted our gaze, so we didn’t notice that the magician was dropping an object into his lap instead of making it ‘disappear’. However, once aware that this misdirection was taking place, we were able to see the object dropping into the magician’s lap in an identical repeat of the trick.

We were all excited to also become participants in an experiment investigating attitudes towards psychic abilities. After answering questionnaires about our beliefs and attitudes towards psychic abilities, we witnessed a ‘psychic’ accurately guess the colour of audience members’ ‘auras’, as well as read an audience member, guessing correctly about her personality and recent life events. However, in our instructions, it was revealed to half of the participants that the ‘psychic’ was in fact a professional magician, employing common tricks used by psychics such as ‘cold reading’ (make generic statements which we then fit to apply to our own life), and using a confederate as the ‘participant’ being read, to confirm that the performer’s statements about her life were correct.

After being fully debriefed, we were then asked to refill out the initial questionnaire, to see whether our attitudes towards paranormal abilities had changed after the so-called ‘psychic’ abilities had been explained through psychological explanations. This was a replication of a real piece of research which, as Dr Gustav Kuhn explained, found that despite participants being fully debriefed about the falsehood of the ‘psychic’, on a 7-point scale, participants still endorsed psychic abilities at an astonishing 4.4 points on average; demonstrating how rigid and stubborn people’s mystical beliefs can be.

In the second talk, Dr Gordon Wright explored our ability to detect lies and deception. Researchers suggest that some people – so-called “Lie Wizards” – are particularly skilled at spotting lies. But for those of us who aren’t bestowed with magical powers of lie detection, how can we really detect when we are being lied to? How do we train police to detect lies in investigative interviews? How do we train computers to detect lies in product reviews and online communications?

All the talks we were lucky enough to attend were extremely revealing about our own behaviour and how we can manipulate, or be manipulated by, other people. It was also beneficial for us as psychology students to participate in a real experiment, as we were able to gain an insider’s perspective from the mind-set of a participant, as well as see first-hand how research methods are put into practice. For some of us, the lecture day not only provided a useful supplement to our studies, but consolidated our enthusiasm for the subject, which we hope to study at university.