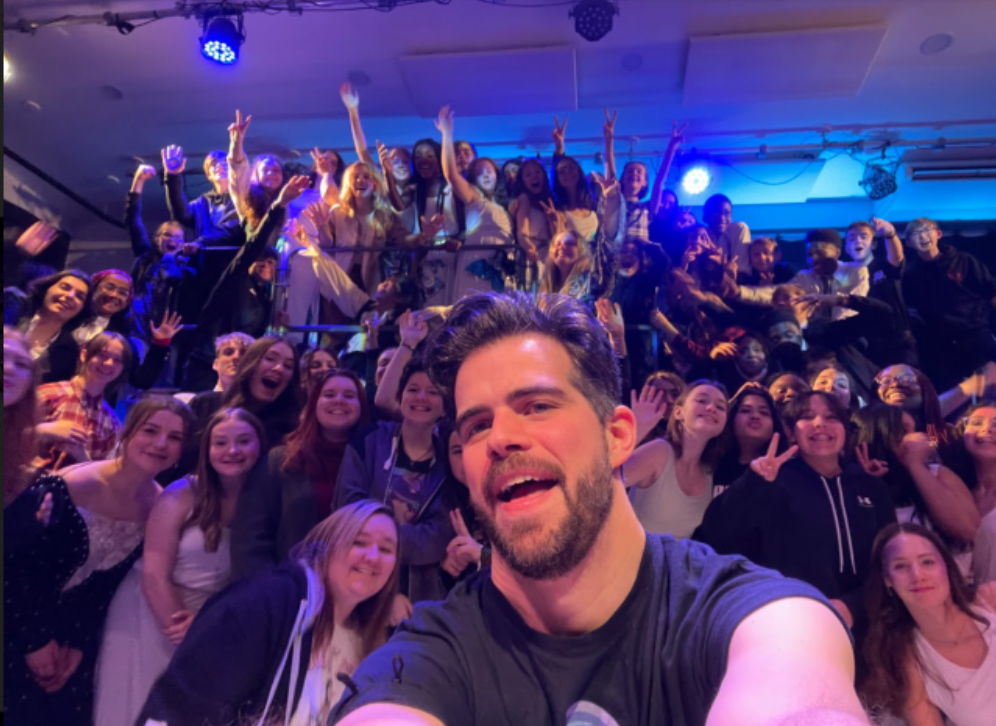 Those fortunate enough to be in the audience will have seen the explosion of joy and energy from the young actors, all that had been pent-up in the last 2 years of cancelled school productions came to life. It was wonderful, but don't take my word for it, click on the link here to see Sophia Barry’s (Year 12's) wonderful video 'Behind the Sea-nes'.

To further evidence, here is what some of the cast had to say:

Being a part of Mermaid was an exhilarating experience for me. It was great to see all the hard work that was put into the rehearsals reflected in the amazing performance and I enjoyed every second of it!

After not being able to perform plays properly for the past 2 years or so, it was brilliant to see everyone on stage together and sharing the same passion. The atmosphere was also great- we were like one big family.  Doing the play helped me to make friends with people from different year groups, people I probably wouldn't have talked to without having taken part in Mermaid.

My part in the show was as a mermaid and after having performed, it is safe to say that I loved the role!  I loved doing the dances with all the other mermaids, dances that ranged from "happy and frolicky" to more creepy.  One of my favourite things that I did was drowning the prince- especially the lift (which sometimes went very wrong!).  The mermaids also got to wear handmade dresses and colourful makeup which I think made the role even more special.

Mermaid was an unforgettable experience for me and I hope that I get to take part in another school play in the future! 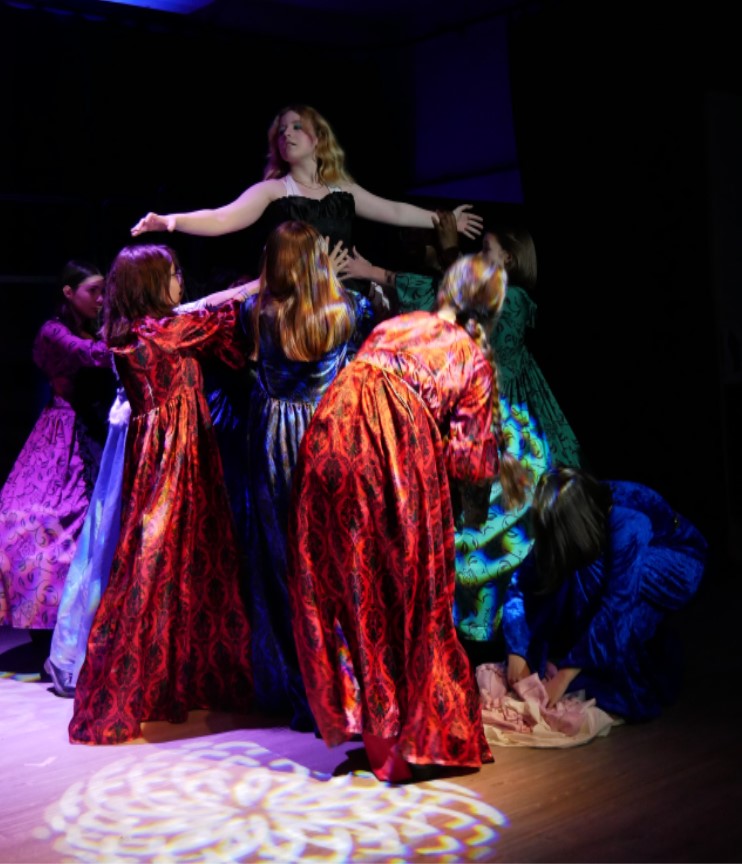 Taking part in ‘Mermaid’ has truly been a breath of fresh air! Since we haven’t performed in a while due to COVID, the spirits of this play were through the roof.  The energy on stage and backstage was something I had missed, and I know we all couldn’t wait to get back to.  I played many roles, a soldier, a lady in waiting, a protestor/ fan and a party goer! It was so much fun as I had the chance to experience many different atmospheres because Mermaid has a very interesting plot! Even switching between the costumes was fun. Doing the play was not only an amazing acting experience, it was also a time to socialise with other people with similar interests and make new friends! Overall, the “Mermaid” play was a pleasure to be included in, and I can’t wait to audition for the next play soon! 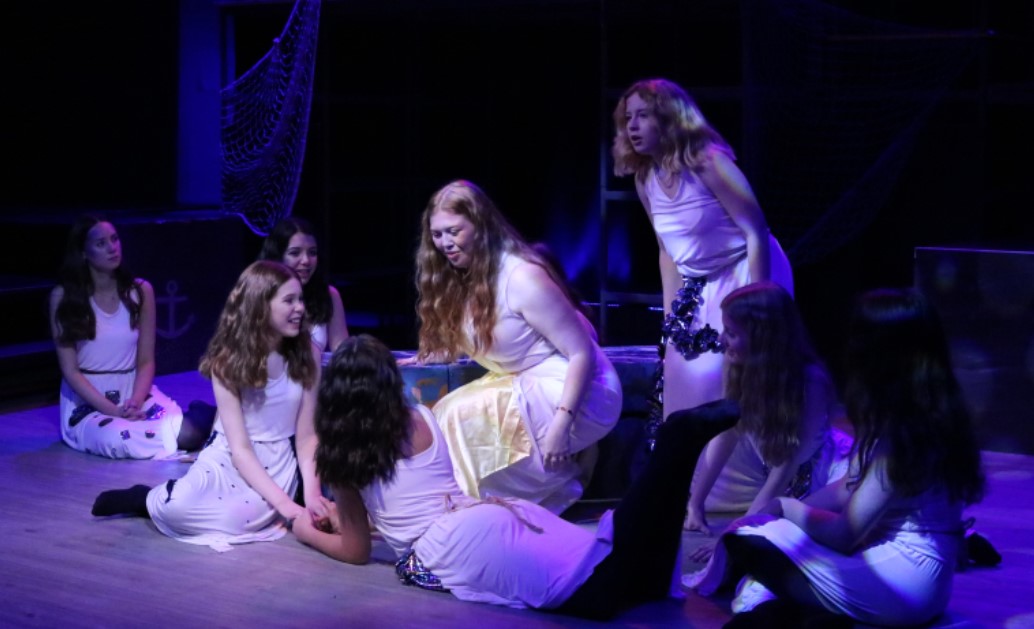 Being part of Mermaid was such a great way to start Year 9! Since Year 7, I have taken part in all the plays I could, but due to lockdowns a lot of them weren’t possible to go ahead. I feel like this made Mermaid more special for every one of us. To feel the magic of the theatre, the chaos of backstage and just the general teamwork that goes into it. As a student at BGS who loves drama, I was so happy Mermaid was able to go ahead even if our T-shirts did say 2021… I had a very different experience in this drama performance because I wasn’t just acting, I was also dancing! Being a mermaid was so much fun- we even got to see our dresses being crafted. We had the opportunity to do so many new and different things, it was great to see the audience in awe, as we lifted the prince above our head.  Everyone in the audience left with a huge smile on their face and for me that’s the reason why performing is such a great thing, you are sharing your joy with everyone in the audience. If you are a student at BGS who doesn’t take part in the Drama plays, you should really consider it: you will make lifelong friends, gain so much confidence and it is just so much fun! 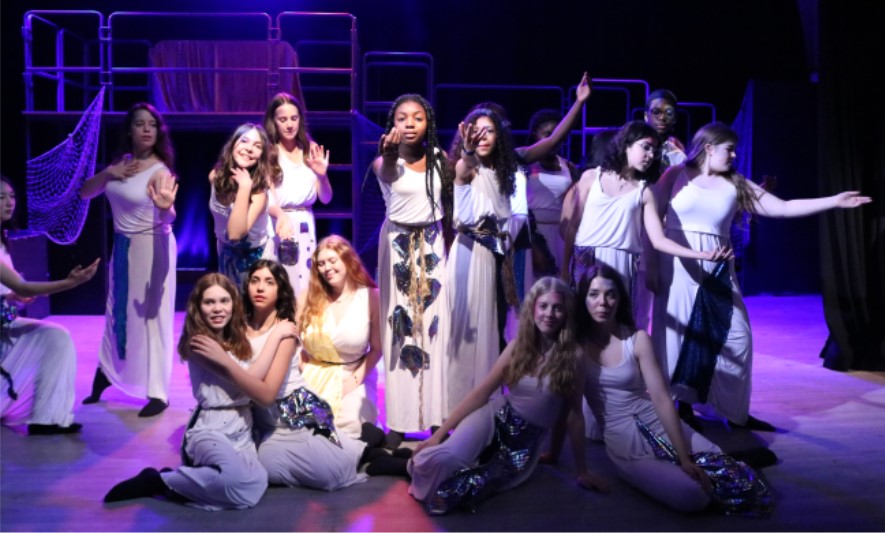 When I first joined BGS in September I didn't imagine that, less than a month later, I would be cast in one of the lead roles for the school production of 'Mermaid'. I knew that it'd be a really great opportunity to start doing something extracurricular as theatre is something I'm really passionate about. It meant that I got to meet a bunch of amazing people in all the show’s departments (all the actors, tech team, stage managers and costume & makeup people were amazing)!

It was a really ambitious show and I'll be honest, there were some scenes that, when we first started rehearsing them, I thought 'Mr Otley's mad if he thinks we'll be able to pull this off'. And yet, we did it and it felt incredible!

I've been in a fair few plays in my life but, as a result of being able to play with the unexpectedly in-depth and intriguing role of the Prince and working alongside such talented people under Mr Otley's brilliant guidance, this has been one of the most enjoyable ones I've ever done. 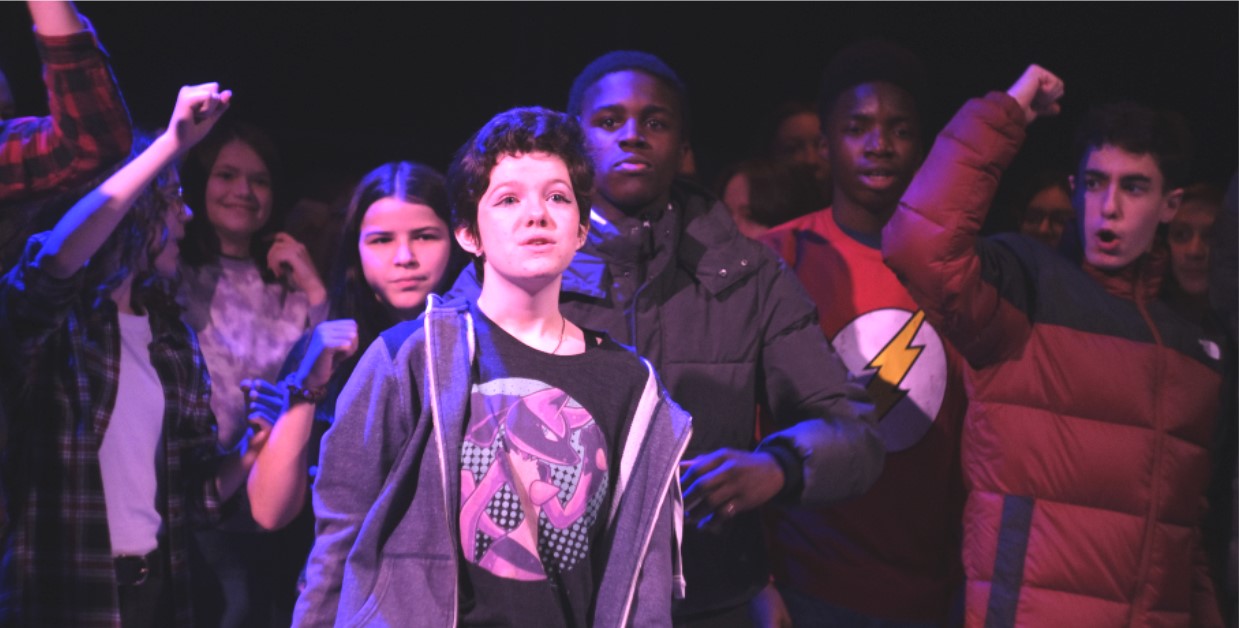