On Saturday, three BGS English students (Jacob, Sasha and I) were up extremely early at 11 o’clock, ready to attend a virtual open day offered by Oxford University’s English department.

It began, as many of these events do, with a short but useful introduction to English at Oxford, from which we came away with newfound knowledge of the course there, as well as a feel for how we would be taught, and some of the extra opportunities we would be able to take advantage of. One of these was their incredible library, renowned for its historic literary treasures like the letters of Percy Shelley.  Then came the main event: two separate lectures from lecturers at the Oxford colleges.

The first was a unique approach to the study of Shakespeare, which focused not on the great writer himself, but his readers. We know how influential Shakespeare is now, but what about the England which existed centuries ago as he wrote? How prevalent and revered was he then? Using satirical pictures, hand-annotated notebooks and a publishing company selling their product with dubious marketing techniques 400 years ago, Shakespeare’s effect on the literary world was shown to be as important as it is today, with his works being widely studied and interpreted.

After this dip into Elizabethan England, we jumped forward to the Victorian era, and to two of its famous writers, Arthur Conan Doyle and Oscar Wilde, and again looked deeper into how they were received by their audiences. The Sherlock Holmes novel The Sign of Four and Wilde’s The Picture of Dorian Gray were both released at the same time (in the same magazine even) to the same Victorian society, but while Doyle’s was met with widespread acclaim, Wilde’s caused outright anger. Why did novels which both explored realism provoke such different reactions? Although many disliked the homoeroticism of The Picture of Dorian Gray, the question went far deeper morally. While one novel used detail quite obviously to create the classic detective feeling of mystery, the other subverted this to create an almost disturbing feeling of moral detachment in the midst of shocking events.

The lunch break was meant to be an hour, but the lecturers were caught up with so many questions that the discussions carried on right through, the pair struggling to keep up with a hundred attendees who had just sat through two thought-provoking talks. 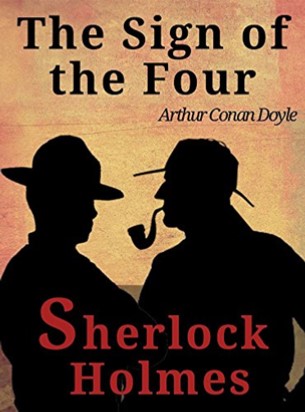 After this was a quick introduction to the application process to Oxford University. This definitely reduced my worries at applying, with the aspects much clearer than before.

Finally, there came a short Q&A with English students at Oxford, where we learnt some top-tips for interviews and got a flavour for the university, and we were nicely surprised to see an ex-BGS familiar face, Kate Leadbetter, answering some of the questions.

Overall, it was an incredibly insightful experience. Thanks to Ms Stoddard for the opportunity.