Destroying stereotypes and painting herself as a feminist legend. 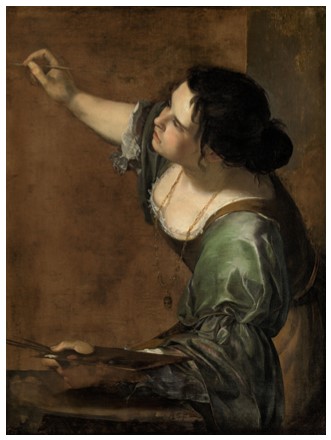 Artemisia Gentileschi was an Italian painter, who was hugely underrated simply because of the fact that she was a woman. She lived during the 1600s, a time when women were expected to complete chores around the house, and be completely obedient to their husbands, however, Artemisia was different…

Artemisia Gentileschi was born on July 8, 1593, in Rome to Prudentia Montone (who died when Artemisia was 12), and Orazio Gentileschi, a well-known painter at the time. As the eldest of several children, Gentileschi quickly showed a huge interest in art and began to learn from her father.

In 1611, Orazio was hired to decorate 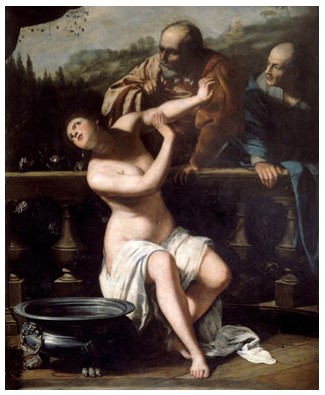 the Palazzo Pallavicini-Rospigliosi in Rome, alongside another painter, Agostino Tassi. Hoping to help the 17-year-old Artemisia to refine and develop her painting technique, Orazio hired Tassi to tutor her. This gave Tassi full access to Artemisia and during one of their tutoring sessions, took advantage of her. Because of this, Artemisia believed that she was to wed him, but Tassi refused. Even more unusually, Orazio made the decision to press charges against Tassi.  As part of the court proceedings, Artemisia had to undergo torture with thumbscrews in order to see if she was lying or not. For an early artist, this form of torture could have caused permanent damage and long-term mental illness, but Artemisia fortunately avoided any serious damage to her fingers.

Tassi was finally found guilty and was punished by being exiled from Rome. However, the sentence was never fully performed, as Tassi received protection from the Pope due to his “incredible” artistic skill.

The Rise and Fall…

While living in Florence, Artemisia became the first woman to be accepted into the Academia delle Arti del Disegno (the Academy of Arts and Drawing). This allowed her to purchase her supplies and needs without the permission of her husband (Pierantonio Stiattesi, whom she was arranged to marry) and to sign her own contracts. She also gained the support of many citizens, along with the Grand Duke of Tuscany, Cosimo II de'Medici, from whom she received many detailed commissions. 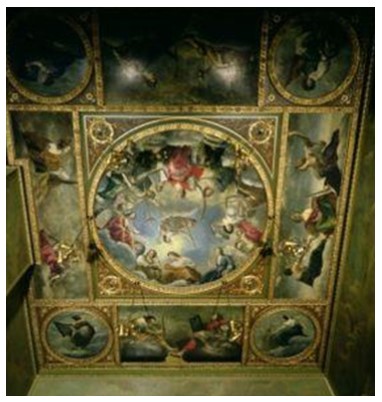 In 1618, Artemisia and her husband had a daughter, Prudentia, who was named after Artemisia's deceased mother. Around this time, Artemisia had begun a secret affair with a Florentine nobleman called Francesco Maria di Niccolò Maringhi. Unfortunately, Artemisia's husband knew about the affair and used his wife's love letters to communicate with Maringhi himself.  Alongside the controversial rumours regarding Artemisia's affair triggered disagreement between the couple, and in 1621, Artemisia returned to Rome without her husband. 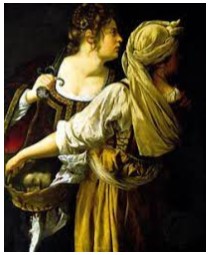 Continuing her lifestyle without her husband (but with her daughter), Gentileschi moved to Naples in 1630, where she worked with a number of well-known artists in the area, such as Massimo Stanzione.   In 1638, Artemisia was invited to the court of Charles I of England in London where her father had been the court painter since 1626. Despite the fact that they had not seen each other for more than 17 years, there is very little record of Orazio and Artemisia reunion. Whilst in London, Artemisia painted some of her most famous works including her Self-Portrait in 1638. It’s also possible that she worked alongside her father on an Allegorical Fresco for the Greenwich residence of Charles I's wife, Queen Henrietta Maria. Sadly, Orazio died in 1639 at the age of 75 because of some sort of illness, and again, it is possible that Artemisia's assistance was needed to help her ageing  father. It’s believed that Artemisia remained in London for a few years after her father’s death, but definitely managed to escape before civil war broke out.

In 1652, Artemisia Gentileschi passed away at the age of 60. She lived a tragic and eventful life, and managed to thrive in a male-dominant field as a woman. However, even centuries after her death, her works are still marvelled at, examined and displayed in museums. She is considered a feminist painter and a legend due to her common themes of women empowerment in her paintings.