My Family in WW1 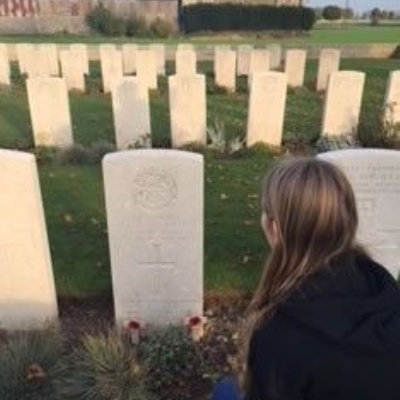 In World War One, three of my great great uncles signed up in the rush to fight the Germans, they fought for their king and country. Alfred, Horace and Wilfred Seath were all brothers and lived in a small house at 24 Ardmere Road, Hither Green. My great great great grandma was so proud of her sons, but once she found out that two of them Alfred and Walter were “killed in action” (Alfred on 21st August 1917, and Walter on 13th November 1917), she wrote a letter to King George V, asking if they could send her dear Horace home, as he was too young to even be fighting in the war. Her son was killed a few days after she sent the letter, on 22nd August 1918 - he was only 19.

Alfred and Walter were both sergeants in the war, and Horace was a private. One of my great great uncles, Alfred, is buried and has a known grave at Bluet Farm, where we went to Ypres on the History trip this year. It was really nice going to a place of resting for a relative that you know so much about, but never met. Alfred was only 24 years of age when he passed away on Tuesday, 21st August 1917.